What exactly is meant by getting up early is of course very subjective. For some parents, 7 a.m. is early, while others can get up at 5 a.m. without any problems. Whether the children get up early is not necessarily a problem, however, does not necessarily depend on the subjective feelings of the parents. It only becomes a problem when waking up early is a problem for the children. If your suspicion has now been confirmed that your child gets up too early and therefore sleeps too little, we have a few simple tips and tricks for you that can extend the restful night for you and your sweetheart by a few valuable moments.

In desperation, many parents sometimes skip their nap or even leave it out altogether. They hope that their children will catch up on the sleep they lost during the night. But that’s not how children work. On the contrary: children who are too tired have more difficulty falling asleep and wake up earlier. Regular naps can even help children sleep better and longer at night.

Send Them To Bed Earlier

Deal With Waking Up Too Early, Like Waking Up In The Middle Of The Night

When parents get their little early risers out of bed in the morning and interact with them, they acknowledge getting up early. That means: You are suggesting to your child that this time to get up is okay and that the day can start now. So sometimes it can help if you treat your child early in the morning as if they woke up in the middle of the night. You can calm it down, of course, but don’t play with your baby at this time, speak in a low voice, and don’t turn on bright lights.

Sometimes children do not wake up so early voluntarily, sometimes external influences disturb their sleep. So it can also help if you consciously set an alarm clock that goes off before your little ones get up. So you can look for the source of the problem yourself.

With smaller children, getting up too early is often not the problem at all, but rather the fact that the nights are far too restless. The constant waking up gets on the nerves of the parents. But that’s completely normal for the first few weeks. Babies have to learn that there is day and night. 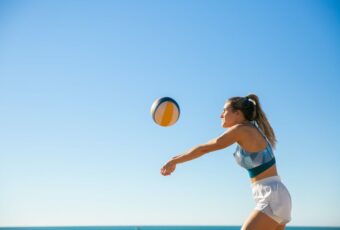 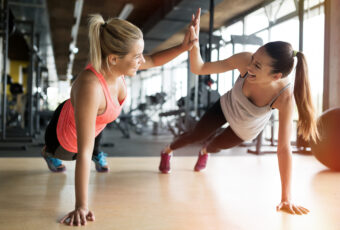 How To Make Physical Exercise Your New Best Friend

Physical exercise has many benefits: it toughens the body, lifts spirits, and even increases creativity. But actually starting the sport and making it a habit is…